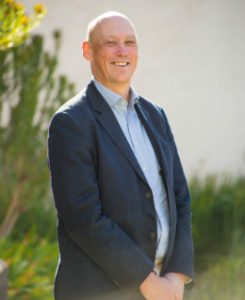 Ian trained in Scotland, completing his medical degree in Aberdeen before moving to Edinburgh. He undertook post graduate training in multiple disciplines including Anaesthetics,Emergency Medicine, Internal Medicine, Paediatrics, Gynaecology, Psychiatry and General Practice, as he progressed to completion of his training and qualification in Family Medicine/General Practice. He also obtained qualifications in both Anaesthetics and Occupational Health. As well as working as a General Practitioner and Occupational Health Physician, he was medical officer to a local rugby club and the Edinburgh Rugby under 19’s. He also served on multiple local and national medical committees.

Ian emigrated to Queensland in 2008 working in General Practice and as a Senior Lecturer in Medical Education in the School of Medicine at Griffith University. Together with his wife, Claire, he moved from Queensland to Melbourne in 2014, to live closer to his daughter, who works as Paediatric registrar at the Royal Children’s Hospital.

He enjoys all aspects of General Practice, which allows him to develop long-term relationships, providing continuity of care in both children and adults. He is particularly interested in the management of chronic diseases such as diabetes, asthma and heart disease.
When not working, Ian can usually be found on a golf course, watching rugby union or looking after his granddaughter.